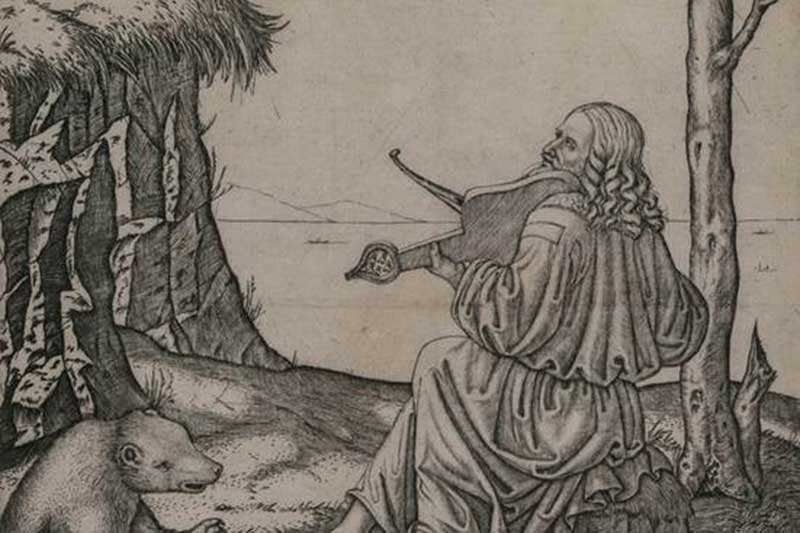 Posted at 11:28h in Renacimiento by Christian Gálvez
Share

A 500-year-old engraving may show Leonardo da Vinci playing a musical instrument called a lira da braccio. If verified, the engraving would represent just the third depiction of da Vinci created while he was alive still in existence.

An artist named Marcantonio Raimondi created the engraving in 1505. But only recently did Ross Duffin, a music professor at Case Western Reserve University in Cleveland, identify the man in the engraving as Leonardo da Vinci, publishing the findings in the magazine Cleveland Art.

“This is serious and stands some chance of being right,” said Martin Kemp, an emeritus professor of art history at Oxford University who has written extensively about da Vinci, but who was not involved in the new research.

When the engraving entered the Cleveland Museum of Art’s collection in 1930, scholars thought the man in it was Orpheus, a musician in Greek mythology who was said to be so talented he could charm animals with his music. As such, the engraving was dubbed “Orpheus Charming the Animals.”

However, Duffin said he came to realize the man was unlikely to be Orpheus and more likely to be da Vinci taking on the role of Orpheus. During the Renaissance, “one thing that is extremely consistent is that Orpheus is shown as a clean-shaven youth, the young husband of the tragic Eurydice,” wrote Duffin in the article.

The man depicted in the engraving is in his “late middle age, with a beard and centrally partedhair with long curls,” wrote Duffin, adding that da Vinci would’ve been in his early 50s when Marcantonio Raimondi created the image.

Duffin compared the engraving with a portrait of da Vinci drawn by Francesco Melzi, “who joined the 54-year-old Leonardo’s household as an assistant in 1506 and eventually became his principal heir,” Duffin wrote.