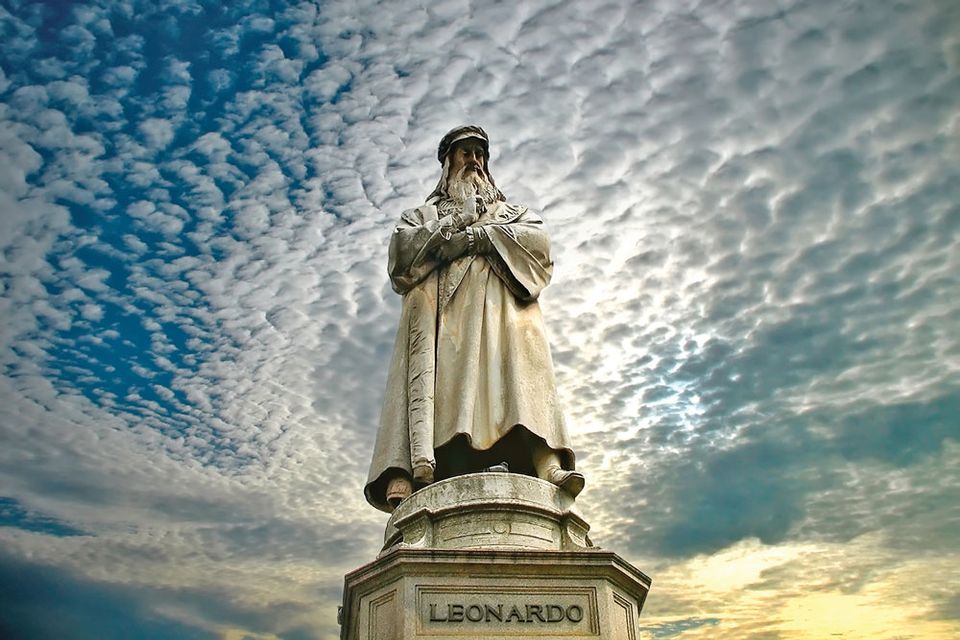 Posted at 05:36h in Renacimiento by Christian Gálvez
Share

Celebrations to mark the 500th anniversary next year of Leonardo da Vinci’s death are creating tough competition for exhibition loans. “There has been a stampede of loan requests for 2019,” says Martin Kemp, the author of a forthcoming book, Living with Leonardo, which is due to be published in March.

Leonardo died on 2 May 1519, at the age of 67, in his residence near the royal château of Amboise in the Loire Valley. He had been working for King François I and was buried in the château, although debate continues over whether a skull excavated in the 19th century from his tomb is that of the artist.

In the roll call of exhibitions, the Teylers Museum in Haarlem, the Netherlands, made the wise decision to go first, just squeezing the end of its show into the anniversary year (5 October-6 January 2019). Michiel Plomp, the museum’s curator of drawings, says that “we are going to kick off”, which made securing loans a little easier. The museum, which owns no Leonardos, is to borrow 30 drawings, half from the UK’s Royal Collection and the rest from major museums, including institutions in Budapest, Vienna and Paris. The focus will be on Leonardo’s physiognomic studies.

The Teylers Museum will show Leonardo da Vinci’s Study of a Warrior’s Head for the Battle of Anghiari (1504-05), borrowed from Budapest Museum of Fine Arts, Budapest

Next up is the Uffizi Gallery in Florence, which is bringing back the Codex Leicester (1507-08) from the US. This is to be lent by the Microsoft founder Bill Gates. The gallery will show the illustrated notebook in the city in which it was created (29 October-20 January 2019), while Florence’s Museo Galileo is planning a show, Leonardo and his Books, which is due to open in April 2019.

The blockbuster will be at the Louvre in Paris in the autumn of 2019. “The goal is to gather the greatest number of works by Leonardo,” says Jean-Luc Martinez, the museum’s director. Along with the Mona Lisa (1502-19), the Louvre owns four other fully accepted paintings by Leonardo (there are 15 or so worldwide). The museum is also in the privileged position of being able to borrow the Salvator Mundi (around 1500), which was sold for $450m last November to a Gulf buyer for Louvre Abu Dhabi.

The Royal Collection owns an astonishing 500-plus drawings by the artist, which were bound together in an album acquired by Charles II. Highlights will be presented in the Queen’s Gallery at Buckingham Palace and at the Palace of Holyroodhouse in Edinburgh, in a show organised by the drawings specialist Martin Clayton (the 2019 dates are due to be announced very shortly). The Royal Collection does not normally borrow for shows, so it is unlikely to request the Salvator Mundi, which belonged to Charles I. The work was valued at £30 and was given to a creditor of the king after his execution in 1649.

“The goal is to gather the greatest number of works by Leonardo.”

The Museo Leonardiano in the artist’s birthplace of Vinci, in Tuscany, is planning a show (April-June 2019) linking his work to the local landscape. This will include Leonardo’s earliest surviving drawing (on loan from the Uffizi), depicting the mountains of Montalbano. Dating from 1473, when the artist was 21, it is often regarded as Europe’s earliest landscape drawing.

Milan, where Leonardo worked from 1482 to 1499, presented a comprehensive exhibition in 2015, so it will be difficult to top that. However, the city’s Ambrosiana gallery, which owns the Portrait of a Musician (1490) and the Codex Atlanticus (1478-1519), is expected to mark the anniversary year.

At Amboise, where Leonardo died, the château is likely to attract record crowds. The nearby Clos Lucé, Leonardo’s home, will host a special show (1 June-2 September 2019) around the tapestry (1533) of The Last Supper, which was made for François I. The work is to be lent by the Vatican Museums.

Martin Kemp and Paolo Galluzzi of the Museo Galileo are working on a virtual-reality presentation on Leonardo’s ideas for a perpetual-motion machine. This is expected to be shown in London and Florence in 2019.

Meanwhile, London’s Royal Academy of Arts will put its early painted copy of The Last Supper on permanent display, when its Burlington Gardens building reopens on 19 May. The work (around 1520) is thought to be by Giampietrino and Marco D’Oggiono, but the Italian scholar Pietro Marani believes that the full-size copy was started by Boltraffio with the collaboration of the other two artists. The new display, providing easy access for specialists, will hopefully resolve the attributional puzzle.